‘Fat’ is not a negative word: How body-positive activist Katie Sturino won’t let the harmful word cause any more stress

We need to talk about the word “fat.” It’s the first insult we’re taught that can cut people more deeply than any other. Want to hurt someone?—and let’s be real, in most cases that someone is a woman—call her fat. No matter what size she is, chances are it’ll ruin her day—and can do more damage than you think, like lead to low self-esteem, poor body image and eating disorders later in life.

What took me too long to learn is that the word fat isn’t about our bodies at all. It’s taken on the meanings of other words, like ugly, unattractive, unworthy and unwanted; and that, dear reader, is not OK. That’s why I no longer associate the word with negativity or hate, but rather joy, love and self-acceptance.

An example of Katie’s popular #supersizethelook series, in which she re-creates celebrity outfits to show women they can be fashionable at any size.

Reclaiming the word fat has been the catalyst of so much positive change in my life. Now, it’s simply descriptive—yes, I have fat. Who cares! It no longer defines me. By stripping it of its shame, and “ick factor,” the word has lost all its power as an insult.

In my book Body Talk, I explore my relationship with the word fat; how it’s affected me throughout my life, and how and how I came to humanize it. If you’re someone who has been personally victimized by this three-letter word, I challenge you to do the same—and I’ll even show you how. In fact, no matter your size, there are tricks in my book to help everyone start living their best life. Here’s a short excerpt:

Once I started keeping track of all the awful things I said to myself, I noticed that one word stood out:

I knew that “fat” as an insult was something I’d grown up with over the years: Whether from watching TV, reading magazines, hearing what kids said about me on the playground, listening to the women I looked up to as they spoke among themselves, or likely all of the above, my fear of the word “fat” ran deep. All sorts of external forces had taught me that being fat meant I was obnoxious, undesirable, a joke, unhealthy, and less-than. Perhaps worst of all, I had taught myself to associate the word “fat” with being unlovable. I had long feared that no one could possibly love me because of my body type, and since my body type was “fat,” that meant my doomed unlovability was all fat’s fault. When others called me fat, what I heard was “No one wants you. No one loves you. No one will want or love you.” To be fat was to be at once not enough and way, way too much. In my mind, it was the worst thing a person could be, and I was it. I was fat.

I am fat. It’s okay. You can say it. I can say it. Once I learned, and then finally accepted, that I was inherently, unconditionally worthy of love-and that this love and worthiness has nothing to do with my appearance and/or body, but rather by pure virtue of being a human being-the word “fat” lost its power as an insult. I’m fat? So what! Throw a party for me if you care so much.

Are there words that I prefer over “fat”? Yes, because “fat” can still, on occasion-particularly when I’m feeling low, anxious, insecure-send me careening back into that time on the playground when a boy called me “fat” to be mean. Anytime I run into someone from my past who doesn’t know me as the Katie I am so proud to be now, I immediately shrink back into my old, fearful self, and I worry what they will think about my fat. (Then I worry they will text a whole group from my past and tell them how fat I’ve gotten, and that it must be because of something pathetic.) “Fat” is still the first insult I throw at myself, because it was the first insult I learned to throw at myself. But now I catch myself doing it, and I challenge “fat” as an insult. After all, it can’t be an insult if I don’t choose to take it as one.

It’s possible you’re like, “What’s the big deal?” It’s possible you took back this word long ago from the external forces that tried to use it against you and now you wear “fat” like a badge of pride, in which case, pass that sentiment on! Yes! This is what I’m talking about. We all could use more of this thinking. But know this: When it comes to our appearance, we’re all insecure about something, and that insecurity is rooted in fear. 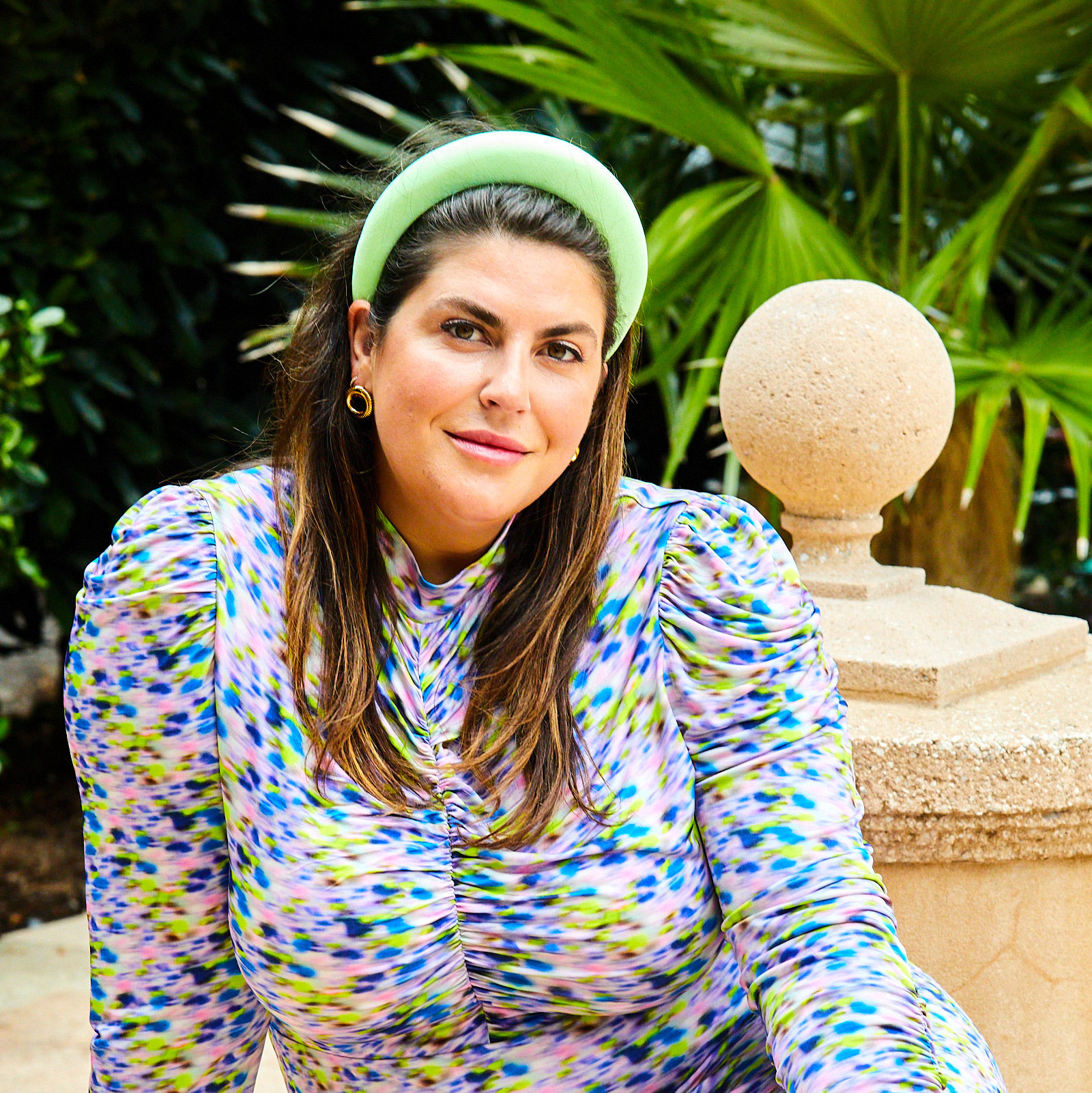 October is Global Diversity Awareness Month, which is why we chose entrepreneur, author and body acceptance advocate Katie Sturino as guest editor. Using her fun, unapologetic voice and style on social media to raise awareness for size inclusivity and to empower women of all sizes, Katie’s viral content has attracted global attention with her work appearing in Elle, W, Marie Claire and more. As a first-time author (she recently released Body Talk,) Katie is all about getting people to feel more comfortable and confident in their own skin.
Trending
01
The latest skincare ingredient debate: Should I use vitamin C or retinol? Or both?
02
Are collagen ingestibles a scam? Or the secret to your best skin? An internal medicine MD (and beloved skinfluencer) tells all
03
Frozen cucumbers and driving gloves? 7 ‘Korean mom skincare tips’ from skinfluencer star Dr. Zion Ko Lamm
04
Pregnant? Board-certified physician and skinfluencer Dr. Zion Ko Lamm says you need to rethink your skincare routine
05
The complete retinol review, part 2: A basic manual for putting together your ideal restorative skincare routine
06
Wrinkle wrap-up, part 1: The bottom line on preventing wrinkles? Do these 5 things every. Single. Day.
More like this...
Body

Body
Pregnant? You need to rethink your skincare, says this A-list fertility doc (plus, the dangerous things you can do to your skin while pregnant)
BY Enid Portuguez | 3 MIN. READ
Skin

Skin
Water wars: Is ‘raw water’ for real? Can chlorophyll water clear acne? A deep-dive into alternative H20s—and why you need to be *really* skeptical
BY Sheela Soskin | 3 MIN. READ
Mind

Mind
Why is ‘dirty wellness’ a hot topic? Exploring this travel trend for embracing the simple life and getting your hands dirty—literally
BY Enid Portuguez | 3 MIN. READ